We block trackers that invisibly track you

Our iOS Privacy Pro product not only protects you from unwanted tracking and encrypts your insecure connections, it gives you a peek into the tracking that happens on your phone or tablet. 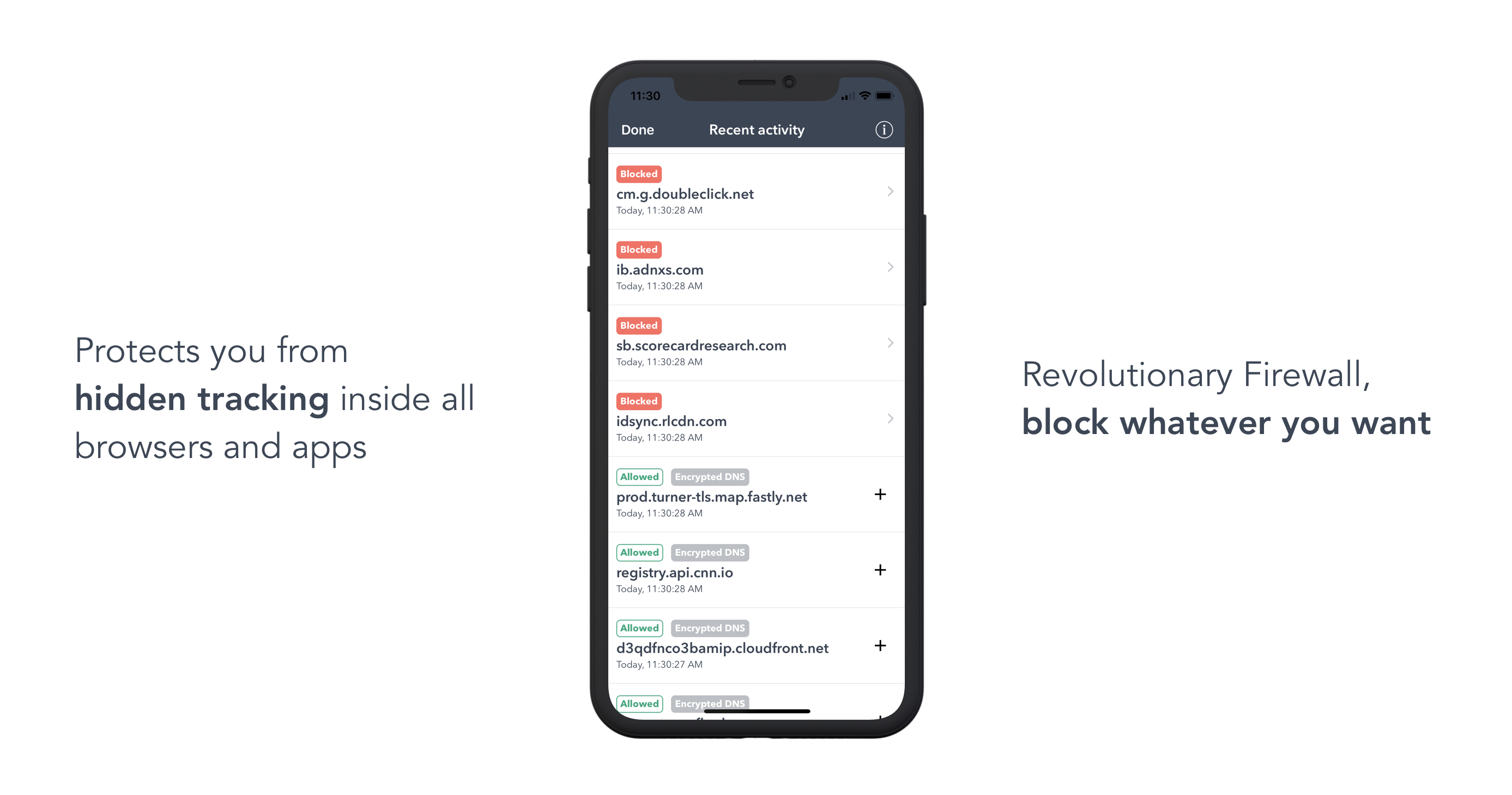 We just worked with Washington Post Tech Columnist Geoffrey Fowler on his amazing story about the tracking that goes on behind your back on iPhones and iPads. https://www.washingtonpost.com/technology/2019/05/28/its-middle-night-do-you-know-who-your-iphone-is-talking/

Our CTO Patrick Jackson was the reporter's guide to the secret life of his iPhone - he called Patrick the "data breaker"! What Patrick showed the world, wasn't a surprise to us, but the results have been pretty eye-opening for many. On the reporter's phone:

“This is your data. Why should it even leave your phone? Why should it be collected by someone when you don’t know what they’re going to do with it?” says Patrick Jackson, a former National Security Agency researcher who is chief technology officer for Disconnect. He hooked my iPhone into special software so we could examine the traffic. “I know the value of data, and I don’t want mine in any hands where it doesn’t need to be,” he told me.

Check out the full article for yourself and install our iOS Privacy Pro app here for free! https://itunes.apple.com/us/app/disconnect-privacy-pro-entire/id1057771839?ls=1&mt=8

More control is now yours, free! Super excited to launch a new feature in our iOS Privacy Pro app…